This is the eleventh in a 17-week series from Answering Jihad: A Better Way Forward by Nabeel Qureshi, author of Seeking Allah, Finding Jesus. Weeks one through sixteen will cover sixteen questions people most commonly ask Qureshi about jihad and Islam. These questions explore the origins of jihad, the nature of jihad today, and the phenomenon of jihad in Judeo-Christian context. After answering these questions, Qureshi will conclude by proposing a response to jihad, in his view the best way forward. His concluding remarks will be presented in week seventeen.

You can order the book from Amazon by clicking here.

QUESTION #11 – WHY ARE MUSLIMS BEING RADICALIZED?

SOME REPORTS ESTIMATE THAT 5,000 Europeans are fighting for ISIS, and more are being recruited every day. There is no specific mold for those who leave home to join ISIS, as the three teenagers from Bethnal Green demonstrated. They were among the top in their class, they were popular, they enjoyed pop culture, their parents loved them, and they were girls. While there are no clear indications of who will be radicalized or when, certain trends can be discerned. 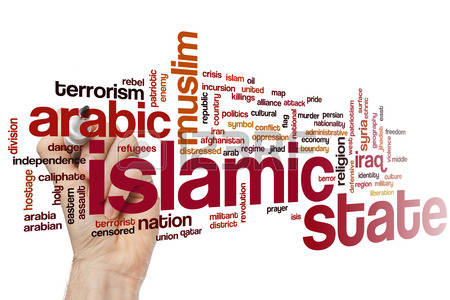 In February 2015, the US State Department Acting Spokesperson Marie Harf suggested that a “lack of opportunity for jobs” might be a significant factor in radicalization and terrorism. If anything, the opposite seems to be the case. Many Islamic extremists are wealthy or have well-paying jobs. Princeton-trained economist Claude Berrebi published a detailed study in 2007 (“Evidence about the Link between Education, Poverty, and Terrorism among Palestinians”) that concluded “both higher education and standard of living are positively associated with participation in [radical Muslim groups] and with becoming a suicide bomber.” It appears that resources and education are factors that assist in moving young Muslims toward radicalization. This follows the pattern of Sayyid Qutb and Osama bin Laden.

Suraj Lakhani, a scholar of radicalization in Wales, suggests that the process is driven by religious concerns and a drive to bolster one’s personal identity. In addition, he believes that radical groups such as ISIS are able to radicalize young Muslims directly through the Internet, and he cautions that young Muslims ought not be allowed to hear ISIS messages or interact with their recruiters. Qureshi said, “Naturally, I agree that interacting with ISIS recruiters is a bad idea, but what the recruiters say may shed the most insight on the radicalization process. Although ISIS lures potential recruits with a variety of hooks, its strongest emphasis, drawing on the Qur’an and hadith, is that it is the duty of good Muslims to fight against the enemies of Islam, and to emigrate to the Islamic State once it has been established.

ISIS’s message is not an enigma, as the group has been publishing a professional-looking, glossy periodical. The Clarion Project, a non-profit organization dedicated to exposing the dangers of Islamic extremism, has been posting each issue of this magazine online (http://clarionproject.org), where you can read ISIS propaganda for yourself. The publication is titled, “Dabiq,” an eschatological reference to the location of the final battle between Muslims and the West that will usher in the end of the world.

The third issue of the magazine represents a prime example of ISIS’s recruiting techniques. Although it glorifies violence in a manner that could appeal to a young man’s curiosity, and although it appeals to the duty of Muslims to take a stand for the rest of the ummah, it does both by frequently and consistently referring to the Qur’an and hadith. Here are some examples: The magazine appeals to the prospective recruit to leave his homeland and emigrate to the Islamic State by quoting a hadith from the canonical collections; it urges him to realize that he is living in times that reflect those of the earliest Muslims by referring to Muhammad’s life; it encourages him to take a step of faith by quoting the Qur’an; and it praises him for his obedience by quoting yet another hadith. All four references to the Qur’an, hadith, and sunnah are on the same two-page spread. Such is the frequency and intensity with which ISIS uses foundational texts to appeal to potential recruits.

The magazine even defends its use of severe, barbaric punishments by referring to a punishment meted out by Muhammad, as recorded in both Sahih al-Bukhari and Sahih al-Muslim. Muhammad ordered of captives that “their hands and their feet be cut off, their eyes be put out with hot iron, and they be thrown out onto (black stones) so they would ask for water to drink but not be given any water, until they died.” ISIS used this hadith to justify their execution of prisoners, an execution that they documented with multiple pictures on the same page. It is worth mentioning that the magazine explicitly enjoins potential recruits to undertake jihad by quoting multiple hadith, and it also quotes Surah 9 of the Qur’an. Although ISIS lures youth through a variety of methods, it radicalizes them primarily by urging them to follow the literal teachings of the Qur’an and the hadith.

THE INTERNET AND THE ACCESSIBILITY OF ISLAMIC TRADITIONS

Qureshis said as a young Muslim boy growing up in the 1980s and 1990s, it was impossible for him to look up a hadith unless he traveled to an Islamic library, something he would never have thought to do. Even then, the hadith would have been in Arabic, which Qureshi did not know how to translate. If Qureshi wanted to know about the traditions of Muhammad, he had to ask imams or elders in his tradition of Islam.

That is no longer the case today. The Internet has made the traditions of Muhammad readily available for whoever wishes to look them up, even in English. Some publications include the grading of various hadith, so that the average Muslim can know right away how authoritative a tradition is. The Internet is thus bringing average Muslims closer to the canonical texts of Islam than ever before, allowing them to bypass their elders and the centuries of interpretive tradition they may be passing down. It is greatly facilitating the reformation of Islam and the radicalization of Muslim youth, not just by functioning as a medium for propaganda, but also by allowing Muslims to see the foundational texts of Islam for themselves.

THE RADICALIZATION OF WOMEN

Women constitute one out of every seven members of ISIS. Their basic profile appears to indicate that they are more educated than the men and more reflective before joining the Islamic State. They are generally single women who travel to Syria and marry shortly thereafter. Some of the factors that radicalize young women are the same as those that radicalize their male counterparts: faith, identity, and curiosity. For them, however, there may be another factor: freedom. 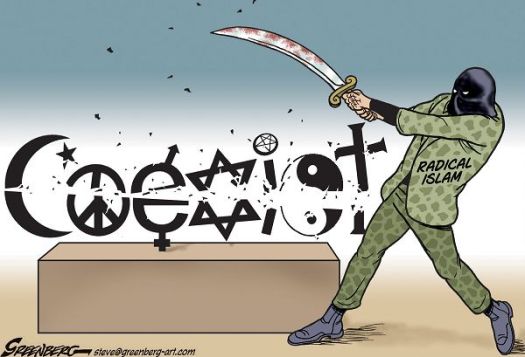 Young Muslim women who feel stifled at home, often sequestered by strict parents or threatened with marriage to men not of their choosing, are promised the opportunity of choosing their own husbands if they run away to Syria. That promise has been fulfilled for some, such as the Bethnal Green girls who received marriage offers from a variety of men and were able to choose whom they would marry. The UK media reported old “Ginder Jihadi” from Australia, who was later killed in an airstrike at the end of 2015.

Regardless of these young women’s desires, according to a reporter from the Washington Post who visited a refugee camp and spoke to women who had escaped the Islamic State, the end result was often less than they had hoped for. “Those women, usually drawn by romantic notions of supporting revolutionaries and living in a state that exalts their religion, can quickly find themselves part of an institutionalized, near-assembly-line system to provide system to provide fighters with wives, sex, and children… Many local women find the restrictions extreme, backward, and terrifying.”

The factors for radicalization include matters of identity, curiosity, and freedom, but these drives are all promised fulfillment through the performance of one’s Muslim duty. The former might be lures for radicalization, but the foundational teachings of Islam are the means. In addition, many young Muslims are driven purely by a desire to be good Muslims and to see Islam restored to its former glory, motives that investigations often ignore. The common denominator of all radicalized Muslims is their ultimate choice to adhere more strictly and more literally to the foundations of Islam than most other Muslims.

Please join me next Friday for Qureshi’s Question #12 –Are Muslims Trying to Take Over the West With Sharia? It is important for me to state that I do not support the religion of Islam ideologically or theologically. I am a Christian, who is a novice scholar of comparative religious study and an apologist. Indeed, Nabeel Qureshi is no longer a Muslim, having converted to Christianity after his exhausting study on the question of violence and jihad in Islam.

I Look Foward to a Dialog on This. Please Comment. Cancel reply

a resource for moving poetry

DarylMadden
Poetry for the People

Exploring the Ordinary to Find the Extraordinary

From The Darkness Into The Light

The War is Over
Reflections from the Pew

"And the Word became flesh and made his dwelling among us, and we saw his glory!" John 1:14

THE BRIDE OF CHRIST
The Accidental Apologist

We Are Free Indeed

My Bible Reading, Listening and Living

revelations and reflections from my daily devotion

The Power of Story

The Literary Magazine of the Osterhout Free Library

Serving a little poetic nourishment every morning. Start your day with our new expanded menu. Poems, of course, are our specialty. But we will also be serving a fuller menu that includes poetry book reviews to feed poets' and poetry lovers' souls.

Everything I Never Told You

Lucidly in shadows. Poetry from a hand that writes misty.

Living the hope that comes from Christ